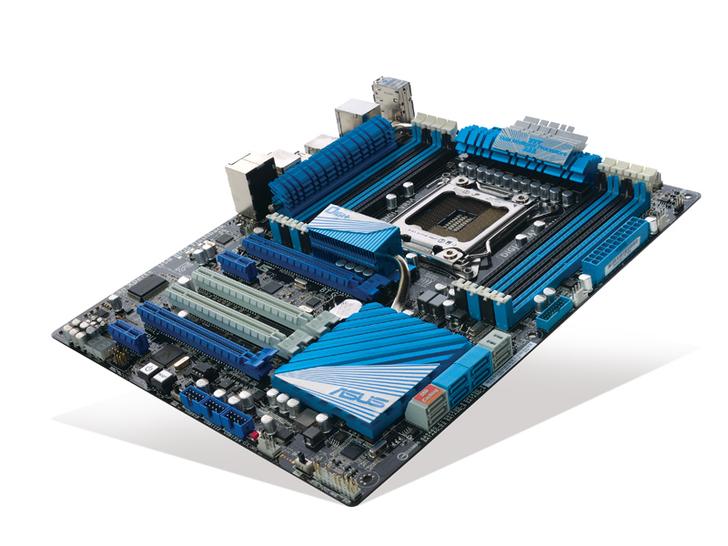 Having recently looked at the Sabretooth X79, it's now the turn of a motherboard a little lower down the food chain, the Asus P9X79 Pro.

This board is lower down in relative terms only though, as the X79 is a high-end, enthusiast chipset. That means any motherboard featuring this chipset isn't going to be exactly cheap.

The P9X79 Pro is about a tenner cheaper than the Sabretooth X79. And, you'd better sit down for this, nearly a hundred quid cheaper than Asus's flagship Republic of Gamers X79.

The P9X79 Pro is still packed with up-to-the-minute features, such as PCIe 3.0 support, USB 3.0 boost technology, SSD caching, Asus's new USB BIOS Flashback, an updated UEFI BIOS with new features and eSATA 6Gbps. So in fact you're getting an awful lot of board for that price tag and with a fair degree of future-proofing built in as a bonus.

The new processors feature a quad-channel memory controller, which goes some way to explaining the crazy physical size of the chip and its corresponding socket on the board. Small it ain't and while some companies are happy to stick with four DIMM slots, Asus being Asus has gone the whole hog and, as it did with the Sabertooth X79, the P9X79 Pro sports a complete set of eight DIMM slots, two per channel. In theory, that means you can load up the board with a maximum of 64GB of memory. read more...