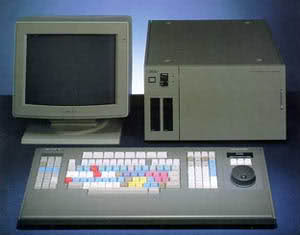 I began editing professionally in 1997. It started with a Sony BVE-9100 linear system, hen migrated into the world of NLE systems beginning with D-Vision, which became the Discreet Edit. Moved on to Avid Media Composer in 1999 and also (somewhere in the 2000-2002 range) I had a brief stint with DPS Velocity. However, the Avid Media Composer system and I were pretty much tied at the hip from 1999 until 2007. Then Final Cut Pro came along. It was cheaper. I needed a full HD system. The deal was done.

About this same time, other companies in my area were finding the same to be true. They were switching from their high-priced Avid Adrenaline systems and moving to FCP systems. In fact, there was only one Avid house left in town – at least that I was aware of and working for – and in 2008 they made the switch to FCP. It seemed that Apple and Final Cut Pro were both on top of the world.

Then FCP X. (Pronounced Final Cut Ten – in case you’ve been saying “X” like I have. I have been scolded twice.) FCP X is a revolutionary new edit system that has caused quite a stir in the world. To be fair, I have not tried FCP X. I am eager to give it a spin, but my graphics card will not allow me the pleasure. So I’m still using – and loving – Final Cut 7. Then I get the call to work on some shows for the Golf Channel in Orlando, FL. They are an all Avid house. I was nervous, but it was a Media Composer…I had been working on a Media Composer since 1999. Seemed okay to me.

My first day back was a little weird. First of all, it was back to Windows. I can appreciate the fact that Windows is much better now than in 2007 (when I gave it up for OS X – also pronounced “TEN” by the way) but it was definitely NOT A MAC. By that I mean it was not fun. There. I said it. Macs are fun. You PC people can hate me all you want, but in the four years that I have switched to Apple computers I have had only one issue with the system crashing. ONE! Even that one wasn’t anything more than operator error. I had the FCP file on a server and the server went down. That’s it! read more...